A Horse Trip & A Sunrise 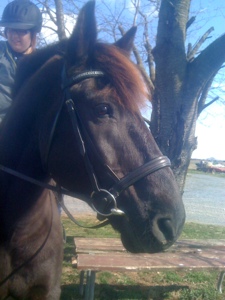 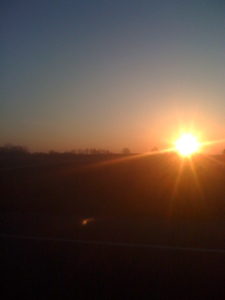 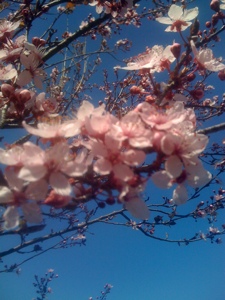 I took a couple of days off from work this week so when a friend asked if I could go with her to check out a horse she is considering buying I was actually able to! It required getting up before the sun was up but it was well worth the drive. I threw off the regulars at 7-11 coming in six hours earlier than I usually do but I got my newspapers and some tea. Met up with my friend and over the bridge we went. I caught the sunrise in the second picture. We were still on the Eastern Shore when I took the picture. Crossing over the bridge I saw twelve ships lined up waiting for the harbor pilots to take them up the bay to Baltimore. We got held up in traffic just twenty minutes from our destination when a tractor trailer was involved in an accident and had tipped over on it’s side. After a three hour drive we finally made it to the farm. It was an adventure for me going from the flatlands of the Eastern Shore to the beginning of the hills and mountains of western Maryland. It was beautiful country over there.

Two dogs greeted us once we made it up a very long bumpy farm driveway. We were both expecting a traditional barn but the horses were being housed in a temporary barn. The horse we were checking out is the top picture with my friend. He was a handsome boy and pretty unflappable. There were goats, sheep and dogs present and making all sorts of noises and running about. There were low flying jumbo jets that unnerved me a bit. Where I live depending on the wind we are sometimes in the landing pattern of BWI, however, the planes are usually still at three to four thousand feet up. Here, where the horse was, the planes were much lower and in the landing pattern of Dulles. The horse never looked up. The woman got on and rode to show us what he could do and then my friend hopped on. She and the horse really seemed to click and make a connection. I think they will be a successful match. He moved quite nicely for her and despite being a tall large boy she did not look lost and tiny on him. Hopefully things work out and she is able to purchase him.

Watching the woman ride and my friend ride made me want to teach again in the worst way. I miss teaching riding. I love the aha moment you can show the horse and rider when they both get the concept you are trying to teach them. One of these days I will get back to it but for now I armchair teach and observe constantly. I read as much as I can on horses and riding and not just what I ride or teach but other disciplines too. I watch videos, dvd’s and anything on tv I can find on riding and teaching. I think I have watched the last Olympic equestrian events about thirty times now. Books and horses bit me hard.

I posted the bottom picture just because I love the blossoms blooming on the trees now even though it is chilly again here.

I hope you have a great day. Keep dreaming and keep learning!

4 thoughts on “A Horse Trip & A Sunrise”