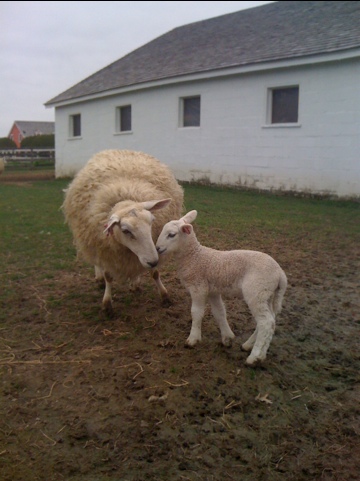 I have always loved animals from a very early age. I rode horses for many years starting when I was ten. I had to give it up eight years ago due to health issues but I hope to start again soon. I went to college and pursued an animal science degree specializing with horses. I sometimes forget when I am caring for horses that others are fearful of them due to their size and the teeth at one end, hooves at the other. I worked around them and did all I could to catch rides on horses growing up and in college that I learned to handle and ride all types of horses-quiet ones, spunky ones and ones that misbehaved. I learned to just become like one with the animals and listen to them. So many times people do not listen to animals. They ask animals to listen to them but then do allow themselves to listen back. I am not sure if that is human ego or fear. It can take a while to put your ego aside and learn to listen and give and take. I find it very interesting, amusing and a bit scary that one of the top riders in the country who has legions of followers, at one time told me that if my horse would not allow herself to be caught everyday to be brought in by her she would not be allowed on turn out. 24 hour turnout was not an option and it really irritated this woman that her husband could walk into the field and catch her no problem. This rider never realized that my horse just loved men and loved people who had a quiet energy not a type a personality like she has. My horse could make you mad quick by stating just two steps ahead of you, never running away, always walking, but if you could not quiet your soul down to a calm level she would lead you on a merry walk about the pasture. This woman never figured that out she just yelled, screamed and stomped her feet. Animals can teach if you are willing to listen.

I have learned a lot from caring for sheep and goats. I learned they have minds of their own. I love goats personalities though. They have very definite ones like you and I. I learned how to care for sheep and help them with their newborn lambs. Something I never thought I would ever have to do. With a cat named Williard for company and strength he helped me one rainy morning bring two lambs into the world with a nervous first time ewe.

In college when a professor said how much he loved chickens and raising them I thought he was off his rocker but then on a pet sitting job I cared for a flock of exotic breed chickens and I was hooked! What characters they were. One hen who I named Martha met me at my car every day and followed me like a dog. Another chicken would ride my shoulder like a parrot. And if the homeowners association where I live would allow it I would have a few back yard chickens.

I so wish I could find another farm to work on again but economics at this point do not allow it. I loved it and hope to one day get back to it. There is nothing better than caring for animals and the land. And talking and listening to the animals. Animals can teach too they are not always the ones who need to be taught.

One of the biggest lessons I learned in my life was from a ten year old blind golden retriever I adopted after I divorced. It took Dakota three days to learn the house and the neighborhood. He never faltered and never slowed down. He was happy, cheerful, adaptable and if he bumped into something he backed up maneuvered around it and carried on.

My other golden retriever Molly who was the town drug dealer’s dog. My best friend lived next to the dealer and Molly was nasty to everyone due to being fed drugs most of the time. She was pretty nice to me most of the time. I asked to adopt her if the dealer went to prison. The couple’s arrest was big news in our town. Eight months later my friend called to ask if I still wanted her. I said yes. Molly was a magnificent dog. Trained to the teeth-I could walk her off leash and never have to worry. She turned out to be a very loving dog and we passed the pets on wheels test and started visiting nursing homes. I took my cues from her as she always seemed to know who wanted a visit and who was frightened of dogs. She was a great farm dog too. Kind of funny when she passed away I met my ex husband and when we divorced I got Dakota. I never thought about that before.

Animals have taught me how to be a better human when I forget.