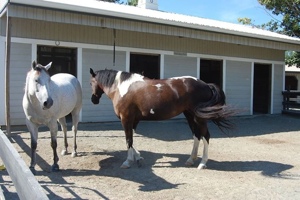 It has been a little while since I posted on here. Life as it does gets crazy but has quieted down again. I started my weekend on Friday night watching the NASA LADEE rocket launch from Wallops Island, Virginia. I am fortunate to live as the crow flies maybe sixty miles from Wallops though it would take me about two hours to get there from my home. Last night I stepped outside my backdoor expecting it to be a “typical” launch which is a small rocket whose red engine I can pick out of the night sky once it clears the trees. Usually I have to listen to the countdown on my phone to know when to look for the rocket. Well last night was something all together different. It was widely publicized and if I had gotten off work earlier I would have driven to the ocean to see the launch. Nevertheless I was not disappointed watching the launch in my backyard. I’m too far away to hear any rocket engines. The countdown reached zero and I was thinking to myself “ok where do I look again? Is it between the first two trees or the tree and the police tower?” Much to my surprise the eastern sky lit up brilliantly! It was awesome, breathtaking and caused my landlord to whoop and yell with delight. The rocket was huge-in Wallops standards but not space shuttle huge, it roared across the sky-flames shooting out the rear of the rockets. I imagined the roar but the rocket lifted slowly and streaked east over the ocean. I watched it for four minutes through three engine stages until it lifted out of sight and out of the atmosphere. It will take about a month for this rocket to get to the moon. The next launch from Wallops is September 17. This rocket is heading to the Space Station to hopefully join Space X to help resupply the station. It was a fabulous way to start the weekend.

I woke up today listening to NPR’s Weekend Edition Saturday. I was delighted to hear a story on James Turrell’s three exhibits going on this year. I really wanted to call and say you forgot the fourth running at the same time. Mind you it is not in the big cities of Houston, New York and LA but it was here in my town of Easton. James Turrell’s himself helped create the exhibit and lives part time in the next town over. I loved the exhibit and was happy to be introduced to his work in an intimate setting. The Academy of the Arts in Easton ran the exhibit. The next exhibit I am attending there is on Tuesday. This exhibit is exploring the history of Wye House, it’s history, the history of the slaves including Fredrick Douglass who was there for a while, and the excavation of artifacts found at the house. The house itself has been in one family since the 1600’s. It is a huge home and property. I have been through the house once. It was impressive as was the oldest freestanding greenhouse in the US which is located on Wye House’s property.

I took care of two cats and a dog this morning and tried photographing butterflies unsuccessfully. My friend Jenn asked if I wanted to join her and her mom to head to the farm to see her new horse. I jumped at the chance. I had big plans to clean my apartment and gather things for the goodwill. But a lovely sunny non humid day called me. I drove to the farm and twenty minutes later I was driving up the drive of a lovely farm. A pond on the right of the driveway, fenced pastures on the left with two barns.

Jenn’s Mom took the top and bottom pictures in today’s blog. While Jenn was checking out the fit of her new tack on her Percheron/Paint cross I checked out the ponies and horses chilling in the run in. I became enamored with three of the ponies. Now I have to admit I have never been a big pony fan but I fell for the one in the top picture who oozed personality and charisma. His name is Gator. He is three. I think he looks like a Sparky or Cleveland rather than Gator but no one asked my opinion. He was sweet and we bonded. That is him in the second picture too. I took that one. The paint horse in the bottom picture is Jenn’s horse Kinzer. She is one cool horse!

It was a slice of heaven being back at a barn today. It is one of the neatest, cleanest well run barns I have ever been in. I look forward to working with Jenn and Kinzer. They have a great future together. I love dressage and eventing and Jenn has also introduced me to western riding. Maybe western dressage maybe in my future. I have seen classes offered in western dressage. Most people dislike dressage as they think it is boring but I love it-the communication, connection and thinking. Reminds me of how my head feels when I do astrophysics. I love it!!
I hope to get some pictures of Jenn and Kinzer tomorrow and maybe hug my new buddy Gator.

Have a great weekend. Expand your mind and love your life. Embrace it all and learn. That is what I have been trying to do mindfully for the past two months. Namaste.